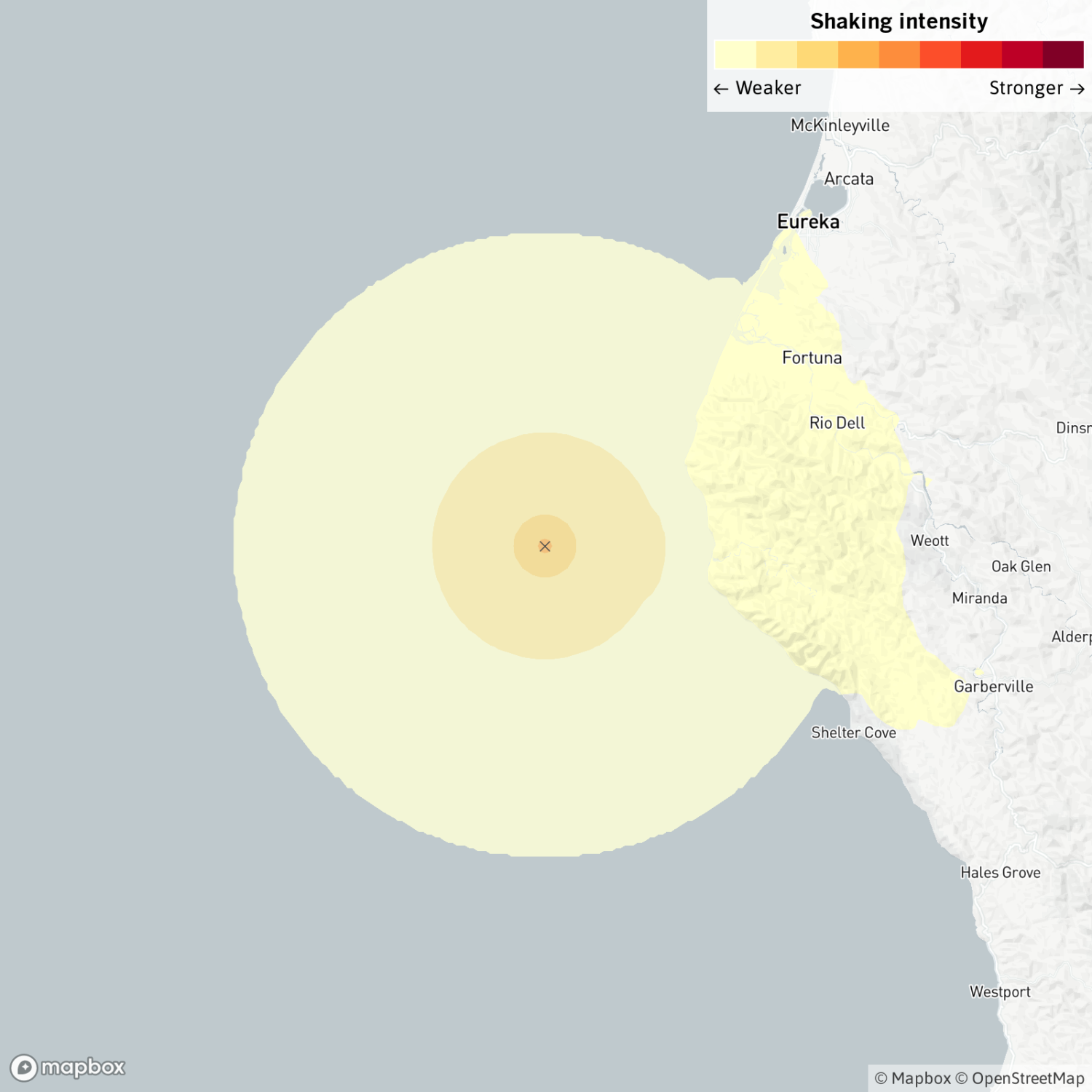 A magnitude 4.3 earthquake was reported Saturday morning at 11:14 a.m. Pacific time 33 miles from Fortuna, Calif., according to the U.S. Geological Survey.

The earthquake occurred 39 miles from Eureka, Calif., 46 miles from Arcata, Calif. and 51 miles from McKinleyville, Calif.

In the last 10 days, there has been one earthquake of magnitude 3.0 or greater centered nearby.

An average of 25 earthquakes with magnitudes between 4.0 and 5.0 occur per year in California and Nevada, according to a recent three year data sample.

The earthquake occurred at a depth of 3.6 miles. Did you feel this earthquake? Consider reporting what you felt to the USGS.

Find out what to do before, and during, an earthquake near you by reading our five-step earthquake preparedness guide.