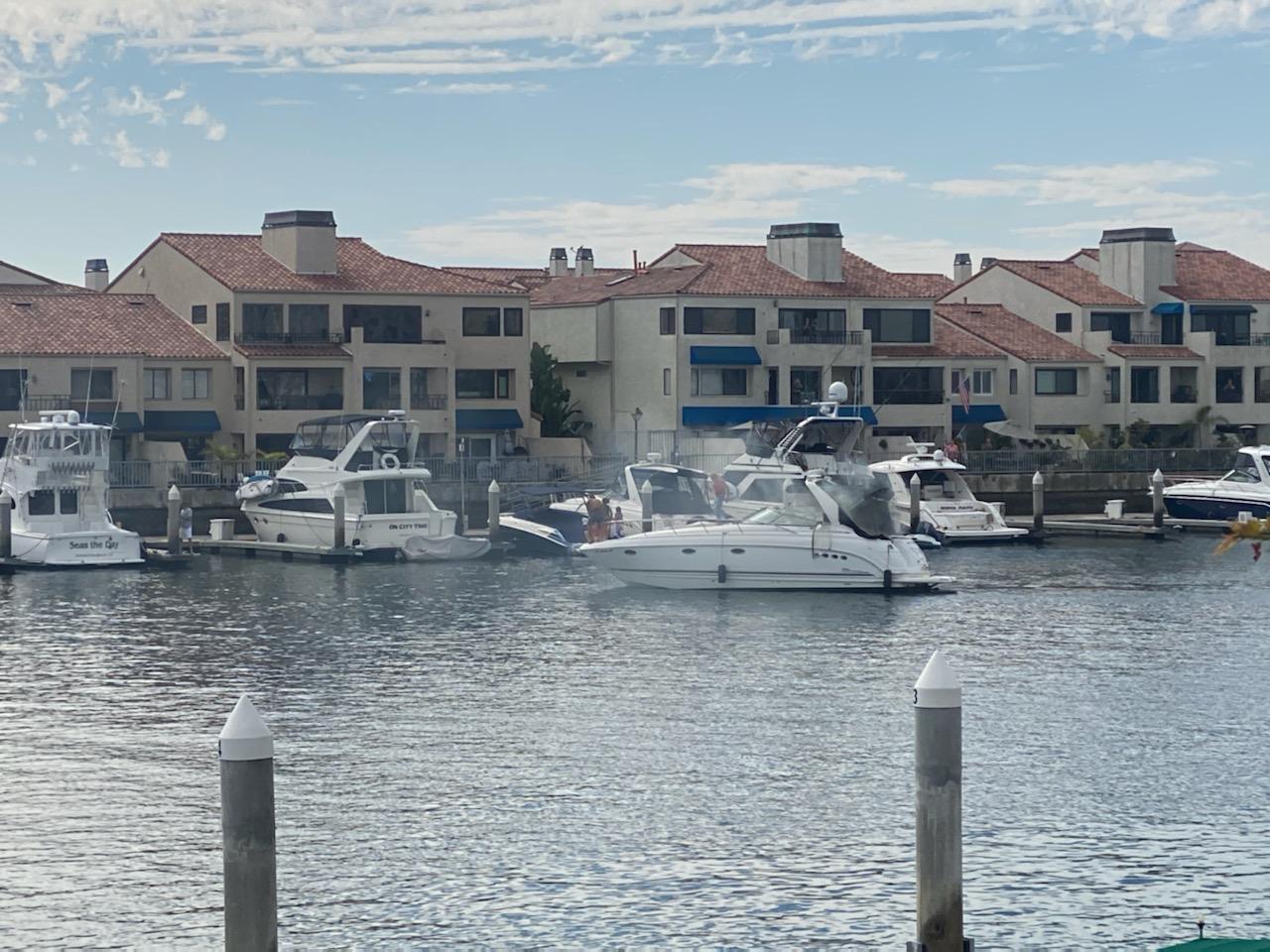 A nearby boater touted by authorities as a good Samaritan helped six people to safety after a boat they were on caught fire following an explosion Sunday afternoon in Huntington Beach, according to local officials.

Half a dozen people were aboard the boat in Huntington Harbour near Peter’s Landing around 1 p.m. Sunday when the craft caught fire, Huntington Beach Fire Department spokesman Eric Blaska said in a statement.

All six — including two children — ended up in the water, though it was unclear whether they jumped or the blast pushed them in, Orange County Sheriff’s Department spokeswoman Carrie Braun said. The boat’s owner swam to a nearby dock to call for help, according to the news release.

Another boater who was nearby, identified by KCBS-TV Channel 2 as Trent McWhinney, jumped into his dingy and pulled alongside the burning boat to help the victims to safety.

The “good Samaritan,” as Blaska called him in the news release, took the group to a dock near the Warner Fire Station. They were then taken to a local hospital for further treatment of varying burn injuries, Braun said.

The boat was towed to nearby Sunset Aquatic Park. The cause of the fire is under investigation, officials said.