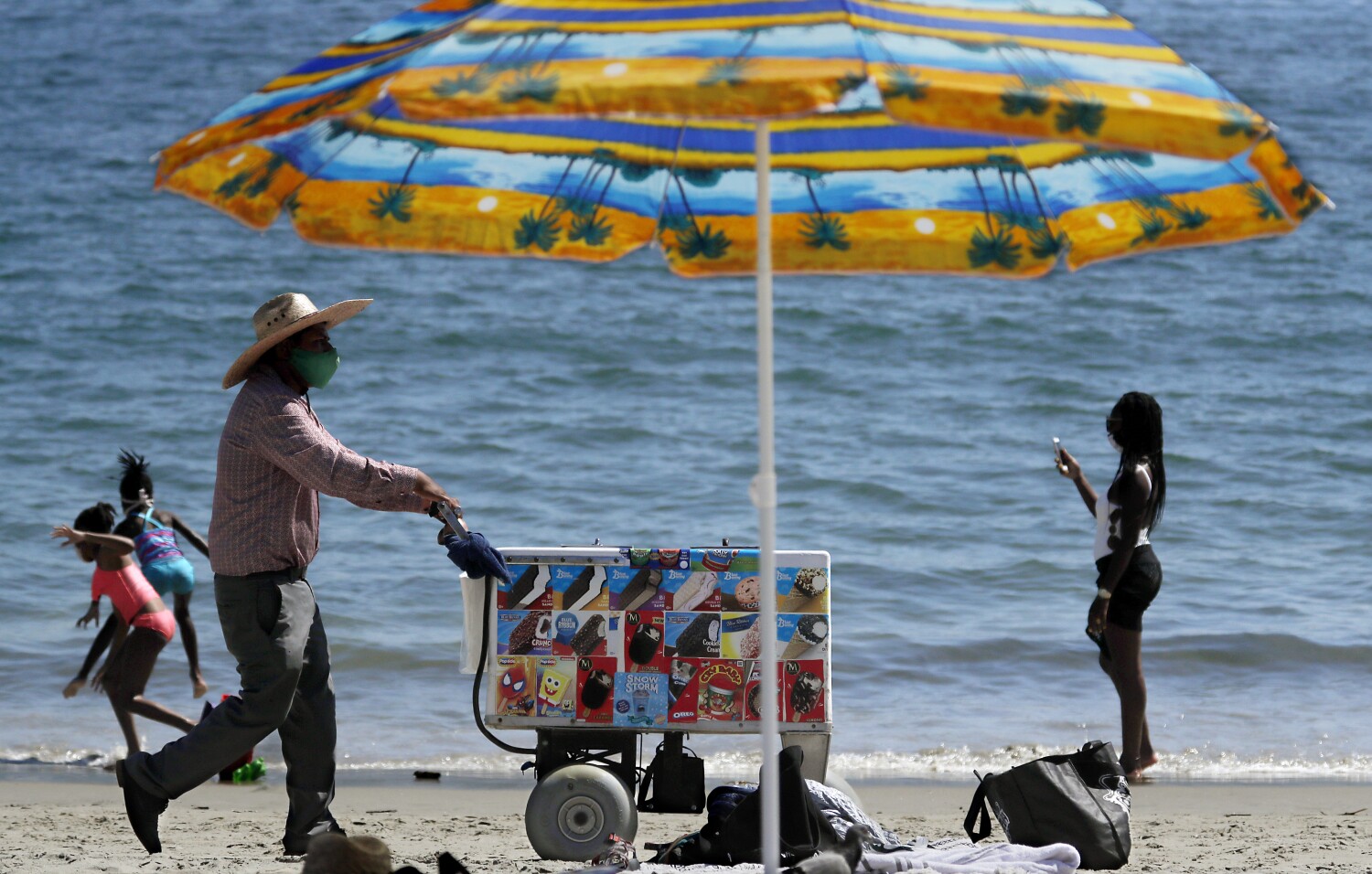 Searing temperatures in inland areas of Southern California are expected to last through Monday, extending the suffering for vulnerable and unhoused people across the region who have nowhere to escape the heat.

“It’s been a miserable week,” said Paul Read, co-founder of the homeless services provider Passion, which does outreach in the San Fernando Valley. “People don’t want to go out in the heat. They’re getting dehydrated.”

Temperatures have hit triple digits in the Antelope Valley cities of Lancaster and Palmdale, as well as in parts of Riverside County, where the Apple fire has burned more than 4,100 acres. The broiling weather is expected to continue through Sunday, easing slightly on Monday and cooling later in the week, according to National Weather Service meteorologist Lisa Phillips.

In Los Angeles County, the health officer said a heat alert was being extended through Sunday for the Santa Clarita Valley and western San Fernando Valley, and through Monday for the Antelope Valley.

“It is critically important to never leave children, elderly people, or pets unattended in homes with no air conditioning and particularly in vehicles, even if the windows are ‘cracked’ or open, as temperatures inside can quickly rise to life-threatening levels,” L.A. County Health Officer Muntu Davis said in a statement Sunday. “If you have an elderly or infirm neighbor who is without air conditioning, check on them throughout the day.”

More than a dozen cooling centers are open across the county for people who need to escape from the heat, including four centers in the city of Los Angeles, according to the county. However, in light of the ongoing pandemic, their capacity has been reduced to prevent crowding. The city of Los Angeles has cautioned people to call ahead to check if space is available.

Brooke Carrillo, who sleeps in a tent in Chatsworth, said the scorching weather has been especially miserable for homeless people during the COVID-19 crisis because the usual places they would cool off — such as libraries — are closed.

In the encampment where she lives, “people are putting up tarps to cover the walkway and get some shade, and every time sanitation comes they’re tearing them down,” Carrillo said. “People are getting frustrated.”

Phillips, the meteorologist, said that despite the high temperatures, the region has yet to hit “red flag” conditions for wildfires because such severe conditions have not been persistent across a wide area.

“It’s about timing,” she said. “If you’ve got those really dry, really hot conditions, coupled with wind for an extended period of time, that makes fighting fires really difficult.”