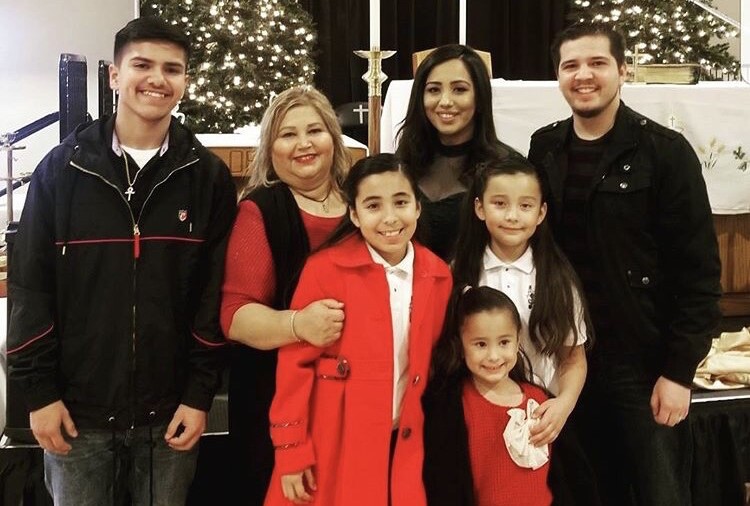 Hector Juarez said goodbye to his mother through the window as he stood outside Delano Regional Medical Center on Thursday.

Susana Garcia, 52, was hooked up to a ventilator and heavily sedated as COVID-19 ravaged her body. Fears over the spread of the highly contagious coronavirus meant that she was in isolation and the hospital was not allowing visitors.

But staffers opened the blinds so Juarez and his sister could peer inside Garcia’s ground-floor ICU room.

Garcia died at 2:10 a.m. Friday, becoming the first Kern County resident whose death was attributed to the virus.

Weeks earlier, she had been celebrating with family.

They gathered in San Jose for her mother’s 68th birthday on March 7. It felt especially important to come together, Juarez said, because his grandfather had died about a month before.

Though Santa Clara County was emerging as an early hotbed of the virus, at the time it had reported just 32 cases. It was days before the county began prohibiting even public gatherings, and more than a week before it issued an order directing residents to stay at home.

When Garcia returned to her Delano home March 13, she had a cough and runny nose that she shook off as allergies. Over the next five days, her symptoms grew to include a fever, cold sweats and crushing fatigue.

By March 18, she felt she could no longer breathe, Juarez said. A family member took her to the emergency room, and she was admitted into the ICU that night. The following day, she was tested for COVID-19. Her results came back positive six days later.

In the meantime, her decline was steady and unsparing. Medication to keep her fever down didn’t seem to work, nor did the cooling blankets she was wrapped in. Her temperature soared past 105 degrees. Chest X-rays showed that her lungs were declining. She was given an oxygen mask.

On Tuesday, she called Juarez’s sister to say that she was afraid, Juarez said.

“She was very scared for her life because she was having a lot of trouble breathing,” he said. “She knew at that point that something was completely wrong.”

Then the hospital held a conference call with Garcia and her family during which doctors said her body wasn’t getting enough oxygen and that she needed to be put on a ventilator.

“We let her know, ‘Mom, it’s going to be OK. We’re going to be waiting for you here once you get your lungs healthy again and we’ll all be able to be together at home soon,’” Juarez said. “That was the last time we spoke to my mom.”

The family made the difficult decision to have Garcia intubated.

Juarez and his sister, who live about 30 minutes away in Bakersfield, rushed to the hospital to see their mother before she was placed on the machine. But by the time they arrived, Garcia had already been sedated, Juarez said.

That was the first time they saw her through the window. Two days later was the last time. Three days later she was gone.

The oldest of seven siblings, Garcia is also survived by her mother, her daughter, two sons and five granddaughters.

She had a history of medical conditions, including diabetes and cardiac problems that prompted a triple-bypass surgery 12 years ago, Juarez said. About 2½ years ago, she was bitten by a brown recluse spider and nearly lost her leg, he said. It took about a year for her to regain sensation and learn to walk again.

The spider bite also sidelined her from her career as a small-business owner, forcing her to step away from the sporting goods store she’d acquired in Delano after selling a furniture store she’d owned before that, Juarez said.

But her health had been good since she recovered, Juarez said, and she maintained an active social life.

“She was well known in the community for her kindness and how bubbly her personality was,” he said. “That’s why she had so many friendships.”

Since Garcia’s death, the family has received an outpouring of support from the community. An online fundraising page Juarez set up to help with her funeral expenses reached its goal of $10,000 within 12 hours.

But the funeral itself is on hold indefinitely, as gatherings are prohibited. For now, the family members grieve alone.

After Garcia became ill, other family members who attended the gathering in San Jose were tested for the virus, and a few of them are positive, Juarez said.

He declined to disclose many details, fearing he’d fan rumors that he says have led some to refer to him and his relatives as “an infected family” on social media.

But one of his aunts is now in anintensive-care unit in San Francisco because of COVID-19, and she is battling for her life, he said.

“We had my grandfather’s loss, now my mom’s loss,” he said. “God knows we can’t bear another loss in the family at this point.”

Juarez said he’s concerned by reports of people crowding parks and going to the beach, and he hopes that hearing his story might move them to heed warnings from public health officials.

“It’s important that people stay home and stay safe and they take all the precautions that the health departments are giving us to stop spreading this virus,” he said. “Because, unfortunately, it hit home for us but it can hit anybody, and it’s devastating.”