Home > Uncategorized > He killed 3 people after answering a Craigslist ad. Now he faces the death penalty 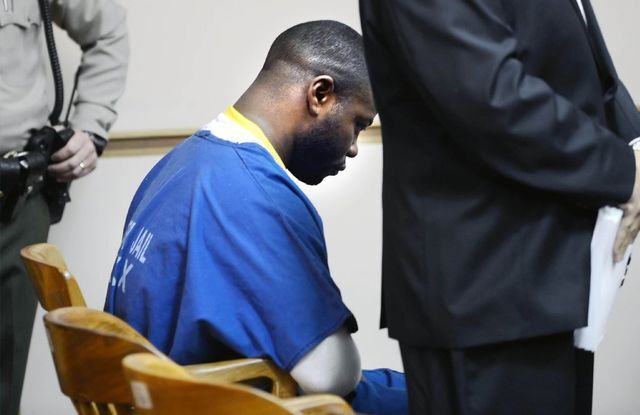 A man who prosecutors say killed three people and shot two others in Downey after responding to an online ad for a used car almost eight years ago faces the possibility of the death penalty after he was convicted this week.

Along with three counts of murder, a jury found Jade Douglas Harris, 37, of Los Angeles guilty Thursday of two counts of attempted murder, four counts of kidnapping for carjacking and one count of possession of a firearm by a felon, according to the Los Angeles County district attorney’s office.

The trial’s penalty phase, during which jurors will weigh whether Harris is to be sentenced to death, is expected to begin Tuesday.

According to prosecutors, Harris’ shooting rampage began after he went to a Downey business, United States Fire Protection, on Oct. 24, 2012, in response to a Craigslist ad for a 2010 Chevrolet Camaro.

He then forced Susana Perez Ruelas, 34, to drive him and her son to a nearby home, where the Camaro was parked, according to authorities. After arriving, he shot and killed Perez Ruelas and wounded her son, prosecutors said.

In his closing argument Tuesday, Deputy Dist. Atty. John McKinney told jurors that the evidence showed “beyond all doubt” that Harris “executed” the three victims and tried to kill the others to silence them as witnesses so he could take the Camaro without paying for it.

“The plan was to kill everybody,” the prosecutor said. “The charade is over. This is not going to be a [car] sale.”

Harris was arrested a day after the killings and has remained jailed without bail since. He had been paroled three months before the rampage shootings after being convicted in 2005 of robbery and attempted robbery, McKinney said.

“Our hearts go out to the victims and their families, and now, we’re fighting for our client’s life,” Thomas Moore, one of Harris’ attorneys, said after the verdict.

Harris’ case was temporarily delayed last year after one of his attorneys argued that he couldn’t get a fair trial in light of Gov. Gavin Newsom’s decision to impose a moratorium on executions in California.

The California Supreme Court ultimately declined to review the case.