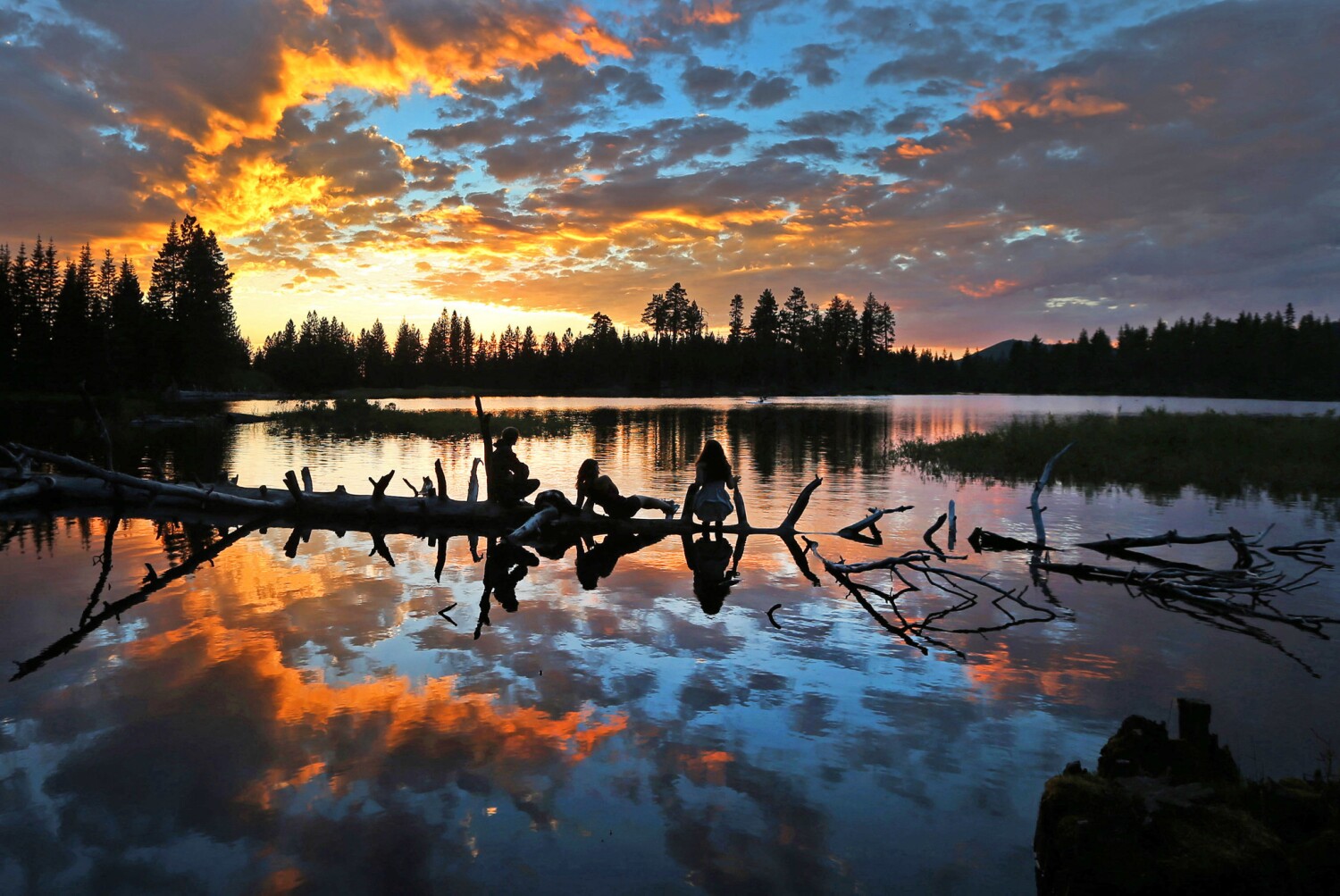 Park officials first shut down the Twin and Rainbow Lake areas for camping on June 10, according to the park’s Facebook page.

“At least one black bear has learned to associate humans and their equipment with food. One bear boldly searched a campsite and gear undeterred by backpackers yelling and making loud noises nearby,” a post read.

Then later in June, the park announced expanded shutdowns “due to multiple incidents of one or more black bears obtaining food from backpackers.” The area east of Hat Creek, the park highway and Kings Creek are now closed.

“The closure will reduce the risk of bears getting human food and encourage them to forage on natural food sources,” a release on the park’s website said.

Hiking is still fair game at Lassen Volcanic, even in areas closed to campers, the park’s Facebook page said. Visitors can still pitch tents at Lassen Volcanic, too — they just need to stick to open developed campgrounds, such as those at Juniper Lake and along the Lassen National Park Highway.

The Butte Lake area isn’t closed because of bears, but is currently inaccessible because of the Hog fire, which has burned over 5,800 acres in Lassen County.

The park warned potential visitors to be “bear aware” should they come across any ursine individuals.

“Since the bear(s) are seeking human food, be especially vigilant in keep[ing] your pack within arm’s reach at all times,” the park wrote.

If visitors come into contact with a black bear, they should stay calm, remain in a group and hold onto their packs, the park’s website says. There’s no use in running or scaling trees, the park continues: Bears can climb, and they can outrun humans.

The park’s Facebook post said the initial closure would last for 60 days to “provide the bear(s) with a period to return to normal foraging behavior before further action is required.” Park officials could not immediately be reached for additional comment Monday, but one ranger said via social media that Lassen Volcanic’s phone and internet services were not functioning.

The bear-induced shutdown isn’t the only closure related to Lassen Volcanic’s animal inhabitants. Earlier this month, park officials closed Manzanita Lake due to river otter danger, stating that “a female is naturally protecting its three pups with aggression.”

Hard-sided boats can hit the lake’s waters, but only in certain areas. Swimmers and soft-sided flotation devices aren’t allowed.

The national park, 180 miles north of Sacramento, is home to about 30 black bears. The park’s website warns that “a Fed Bear is a Dead Bear.”

“Allowing a bear to obtain human food — even once — often results in aggressive behavior, which can be cause for a bear’s destruction,” the website says.