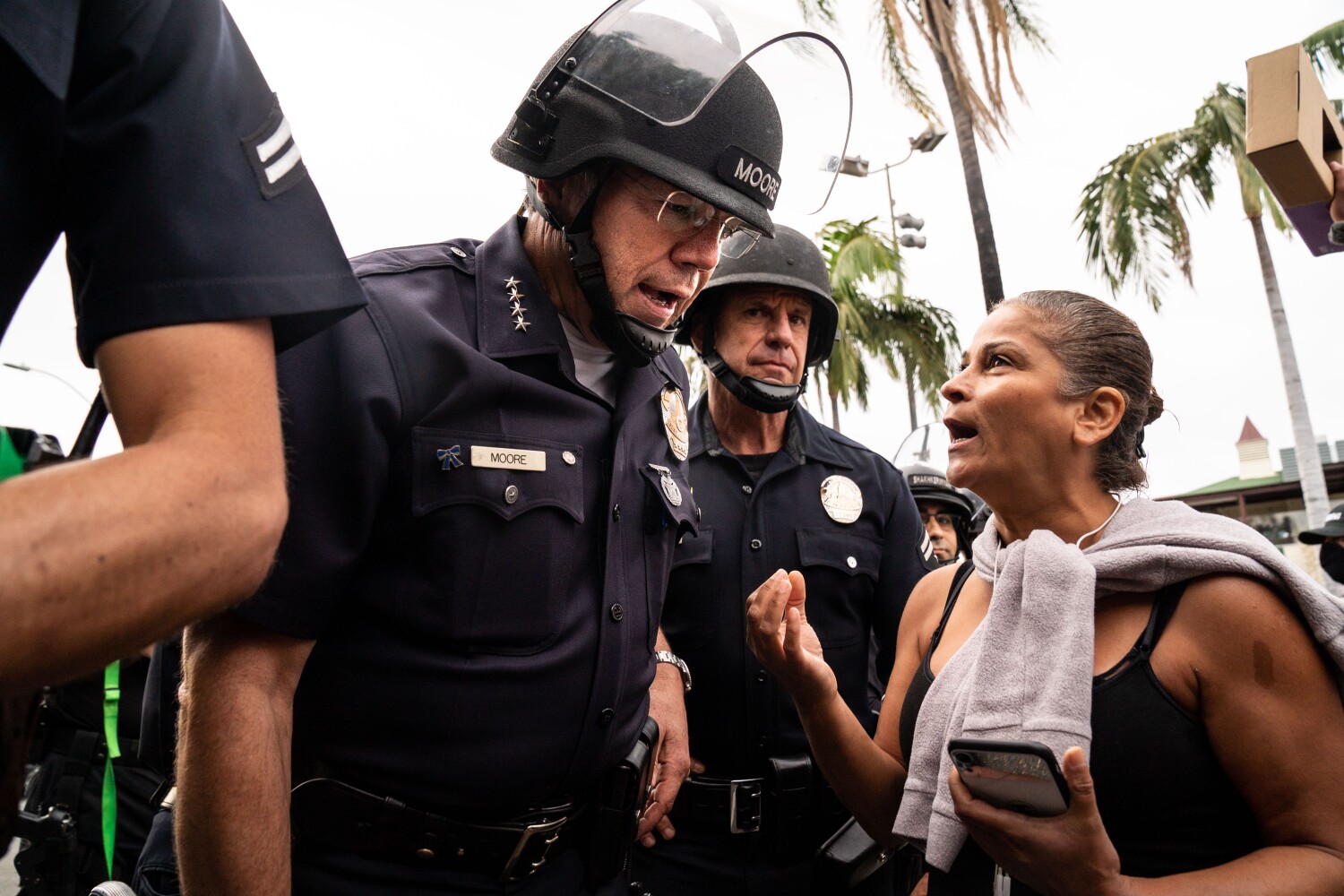 The Los Angeles Police Department on Monday instructed officers not to use carotid restraints, chokeholds that restrict or block blood flow to the brain, pending a review by the city’s Police Commission.

The restraint can render people unconscious or, as in the case of George Floyd, who was pinned to the ground by his neck for nearly nine minutes, it can prove fatal.

Floyd, who was black, pleaded that he couldn’t breathe as Derek Chauvin, a white Minneapolis policeman, pressed his knee into the man’s neck. Chauvin has been charged with second-degree murder and manslaughter; three more officers have been charged with aiding and abetting those crimes.

LAPD Chief Michel Moore and Eileen Decker, president of the Police Commission, agreed to a moratorium on both the use and the training of carotid restraints until the commission has finished a “detailed review” of department policy regarding the holds, the LAPD said in a statement Monday evening.

The same day, the Los Angeles County Sheriff’s Department said it had restricted use of carotid restraints to when a suspect’s actions threatened someone’s life or serious bodily injury. Deputies were previously allowed to use the restraint when someone’s actions were “assaultive or high risk.”

Lt. John Satterfield called the change “the right thing to do.”

“The community’s made it clear that this isn’t a force option that they want where it’s currently at,” Satterfield said. “We hear the community, and we’re going to react.”

Sheriff’s Department personnel have used the move 193 times since 2010, he said.

“When we use it, we use it very effectively — no one’s ever died as a result,” Satterfield said. “We don’t apply it with a knee or a leg. That would never have occurred in any of our training.”