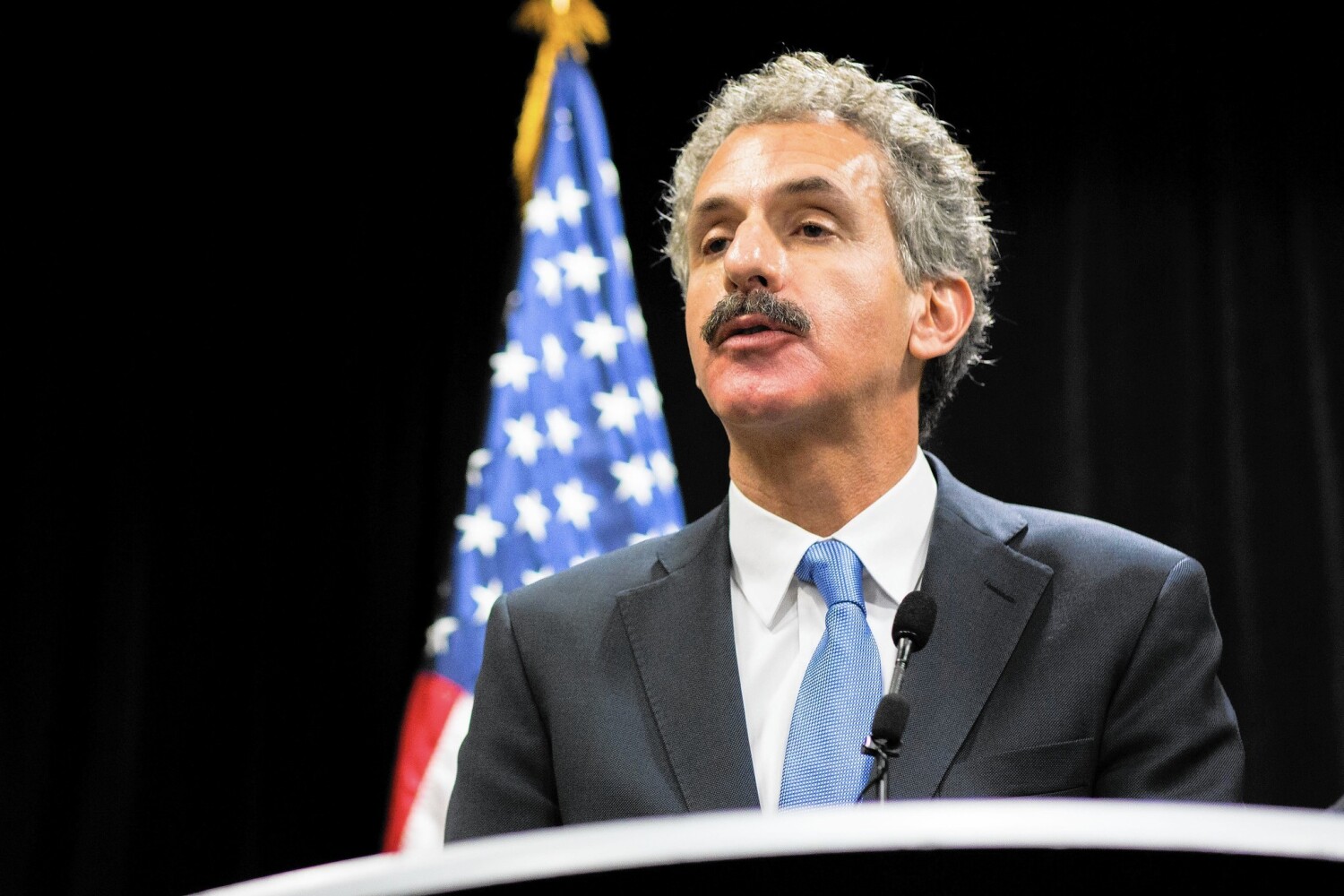 Los Angeles City Atty. Mike Feuer filed misdemeanor charges this week against two prominent TikTok stars for allegedly throwing parties at a Hollywood Hills home in violation of public health orders intended to curb the spread of the coronavirus, according to his office.

The social media celebrities, Bryce Hall and Blake Gray, each face up to $2,000 and one year in jail stemming from large, raucous gatherings that city officials allege the young men held earlier this month at a house on Appian Way.

Feuer chided the pair for their alleged behavior at a news event Friday, saying that house parties are potential “super-spreader events for COVID-19.”

“If you have a combined 19 million followers on TikTok, in the middle of a public health crisis you should be modeling great behavior, best practices for all of us,” Feuer said, “rather than brazenly violating the law, and then posting videos about it as we allege happened here.”

The house was the site of two parties that drew police on Aug. 8 and 14, officials said. Hall and Gray are accused of violating a city law prohibiting large and unruly gatherings, and another law intended to protect the lives of city inhabitants during a local emergency.

Los Angeles Mayor Eric Garcetti last week announced that the Department of Water and Power had cut power at the home on Appian Way, a move to discourage others from hosting large gatherings during the pandemic.

An email to a representative for the two men wasn’t immediately returned. Hall told TMZ last week that he deserved to have his house’s power shut off by the city and expressed remorse after being asked about one of the parties. “Now, I’m just facing the consequences,” Hall said.

Feuer’s office also this week filed charges in two other cases related to illicit house parties. The owner of a home on Outpost Drive and the owner Sunset View Drive residence were charged, Feuer said. The two homes have also allegedly hosted parties and were previously cited, Feuer said.